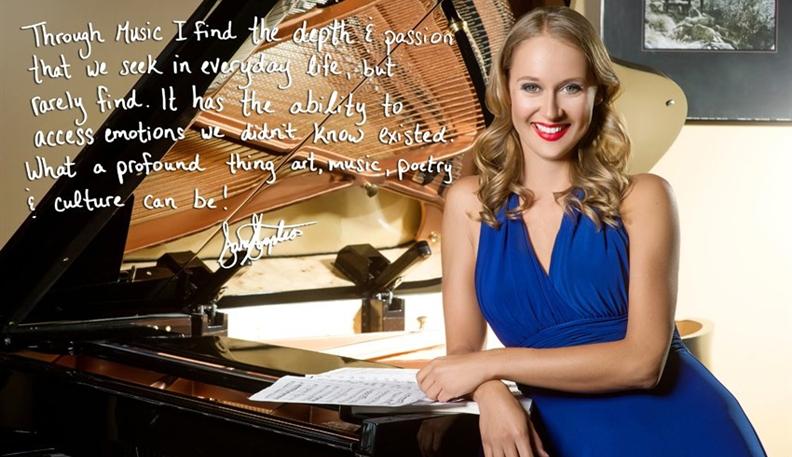 Sara Staples, Mezzo-Soprano, has been singing and performing ever since she discovered the stage.  She fell in love with classical music at a young age, while singing for many years in a Calgary children’s choir.  She continued on to take private voice lessons and began to discover her love of art song and opera.  She went on to achieve a Bachelor of Music in Vocal Performance from the University of North Texas and a Master of Music in Vocal Arts from the University of Southern California.

While pursuing her studies, Sara performed the operatic roles of Nancy in Benjamin Britten’s Albert Herring (USC Thornton Opera), Hermia in Britten’s A Midsummer Night's Dream (U. of North Texas Opera) and Hora in Cavalli’s Egisto (U. of North Texas Opera). She has also portrayed roles in numerous scenes from the operas L’incoronazione di Poppea, Candide, I Capuletti e i Montecchi, Don Giovanni, La Calisto and Così fan tutte.

Equally at home on the concert stage, Sara has been featured as a soloist with The Richard Eaton Singers, Calgary Bach Society, Luminous Voices, Voicescapes,  Symphony of the Vines, and The Horizon Music Group.  In 2009, Ms. Staples was a soloist at both the Taipei International Choral Festival and the Boston Early Music Festival.  Also an active recitalist, Ms. Staples has performed as a part of the MountainView International Festival of Song and Chamber Music,  The Paso Robles Paderewski Festival, The Sunday’s Live Concert series at Los Angeles County Museum of Art, and the Casalmaggiore International Festival.

Since returning back to Alberta, she has performed the roles of The Foreign Princess in Dvořák’s Rusalka (Opera NUOVA), and Doris Whithers in Mr. Moreover’s Magic (Opera NUOVA) for the 2011 Fall School Tour in Edmonton.  In Calgary she has portrayed La Suora Zelatrice in Suor Angelica (Calgary Concert Opera), Hansel in Hansel and Gretel (Cowtown Opera), Mercédès in Carmen (Calgary Concert Opera) Maria in The Sound of Music (Cowtown Opera) as well as a number of other local concerts and performances.  Sara also teaches voice lessons in Calgary, and hopes that students of all ages will share the joy in music that has been such an essential part of her life.